Cat, in Finnish, is "kissa" and I think that moggy is like "katti" (plural: katit). When we take the first syllable for cat and add there plural of moggy we get Kiskatit. So Kiskatit is nick name for cats that I have use for all of my life.

All our cats have got their names from rock bands and that's why they are called Rock Babes. By the way, they are females despite their names. 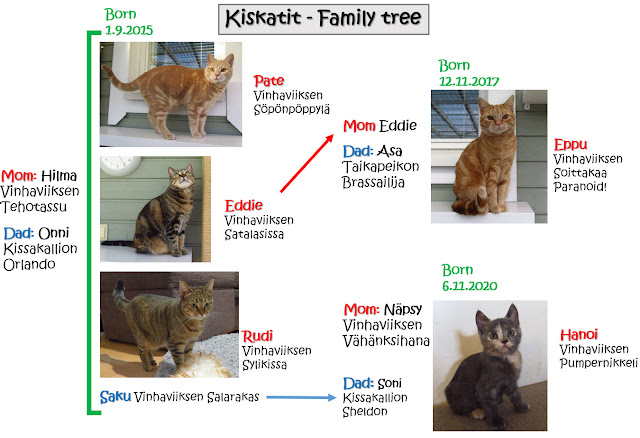 Popeda is a Finnish rock band hailing from Tampere's Ikuri and one of the staples of Manserock. Epe Helenius, who signed the band for Poko Rekords in 1977, called the band "Finnish Rolling Stones". Musically their style is a combination of rhythm'n'blues and boogie, with humorous lyrics by their vocalist Pate Mustajärvi, often concerning girls, cars and drinking.

Popeda was founded in November 1977 by Pauli "Pate" Mustajärvi and Ilari "Ilpo" Ainiala. Pate Mustajärvi is these days the band's only original member.  www.popeda.com

Eddie, also known as Eddie the Head, is the mascot for the British heavy metal band IronMaiden.

Eppu Normaali is one of the most popular rock bands in Finland. The band formed in 1976 in Ylöjärvi, a small town near Tampere. The band is the best-selling music artist in Finland, with certified sales of nearly two million records, and it has also gained success especially in the use of the Finnish language in rock lyrics.

Hanoi Rocks were a Finnish rock band formed in 1979. They were the first Finnish band to chart in the UK and they were also popular in Japan. The band broke up in June 1985 after drummer Nicholas "Razzle" Dingley died in a car accident during their first US tour in December 1984. Original vocalist Michael Monroe and guitarist Andy McCoy reunited in 2001 with a new lineup that lasted until 2009. 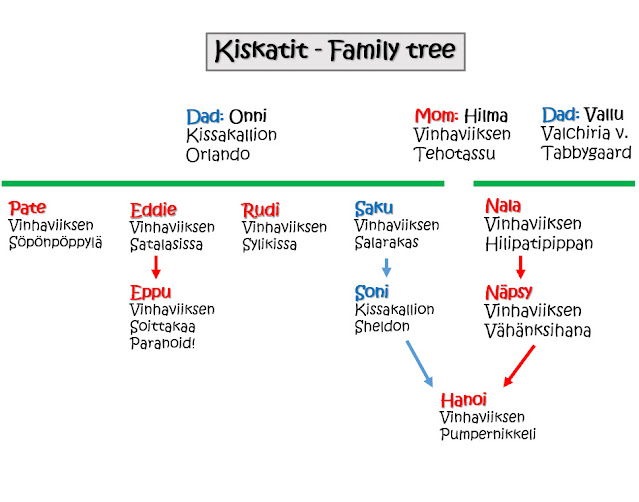 You can find us also from

I have a plan to translate all pages in English.

If you would like to help me, please send your text corrections (or translations) to our email: kiskatit@gmail.com Thanks ☺